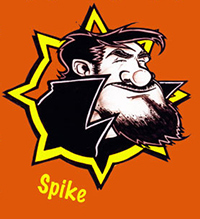 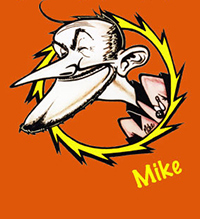 SCROLL DOWN TO VIEW ALL AVAILABLE EPISODES

"And on the 13th day, God created Spike and Mike, so sayeth the D." - Jack Black of Tenacious D, Actor

Against all odds, Spike and Mike’s Sick and Twisted Festival of Animation has persevered for over twenty years, leaving indelible scars on our young minds from the first time we ventured into that university screening room or local art house and witnessed the carnage and raw sexuality thought impossible of animation. This show is not recommended for those of delicate constitution & no one under 18 will be admitted! Be prepared for a wild and vulgar cartoon SUPERBASH as all good taste is beaten into submission!

The Sick & Twisted Festival of Animation is an OUTRAGEOUSLY EPIC cultural event, containing more than 25 spectacularly UNCENSORED adult animations. Highlights include some classic favorites like ‘Hut Sluts’, ‘Horned Grandma’, ‘No Neck Joe’ & ‘Home Honey I’m High’. BRAND NEW twisted toons from Australia, Japan, France, Denmark & Canada are also featured! We’re even ashamed of ourselves for including some of the SICKEST animations of all time like ‘Chirpy’, ‘Daisy’ & ‘My First Boner’. See the EPICALLY TWISTED graduate student film of Cartoon Network’s ‘The Regular Show’ director JG Quintel. Dedicated to giving you more than your money’s worth, we are also including EXTRA BONUS FILMS we can’t even list!

The Sick & Twisted Festival began in 1990 as a home for animated pieces that were simply to revolting or adult in nature for Spike and Mike’s prestigious Classic Festival of Animation. We theatrically premiered a who’s who list of current Animation Industry Giants, including the ‘Beavis & Butthead’ series, South Park’s ‘The Spirit of Christmas’, the first films of Eric Fogel who is the creator of MTV’s ‘Celebrity Death Match’, the creator of Cartoon Network’s ‘The Regular Show’, the creators of ‘Dr. Tran’, ‘Happy Tree Friends’ and so much more!

"I was so knocked out that there was animation like that, and all collected under one banner. That's why I fell in love with Spike & Mike. - Seth Green, Actor, Producer